Intel Is Cooling Entire Servers By Submerging Them in Oil 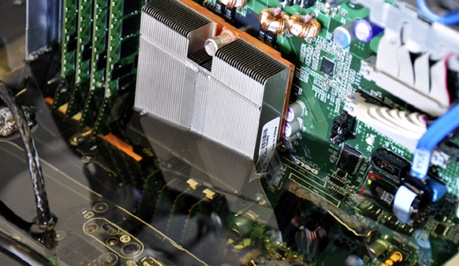 Air cooled computers are for wimps. But while the idea of keeping temperatures in check using water might be a step in the right direction, Intel is doing something even more radical: it's dunking entire servers—the whole lot—into oil to keep them chill.

Don't panic, though: they're using mineral oil, which doesn't conduct electricity. It's a pretty wacky idea, but it seems to be working. After a year of testing with Green Revolution Cooling, Intel has observed some of the best efficiency ratings it's ever seen. Probably most impressive is that immersion in the oil doesn't seem to affect hardware reliability.

All up, it's extremely promising: completely immersing components in liquid means you can pack components in more tightly as the cooling is so much more efficient. For now, though, it's probably best to avoid filling your computer case with liquid of any kind.