Earlier this month it was rumored that Intel was developing a new wireless charging solution it could integrate into the Ultrabook platform. In so doing, it would remove the need to plug your Ultrabook into a power socket directly, instead placing it on a charging pad or at least near a power source.

Intel’s interest in wireless charging has today been confirmed through a new partnership with Integrated Device Technology (IDT). IDT will develop a new integrated transmitter and receiver for Intel, allowing for wireless charging using resonance technology from up to several feet away.

“Our extensive experience in developing the innovative and highly integrated IDTP9030 transmitter and multi-mode IDTP9020 receiver has given IDT a proven leadership position in the wireless power market,” said Arman Naghavi, vice president and general manager of the Analog and Power Division at IDT. 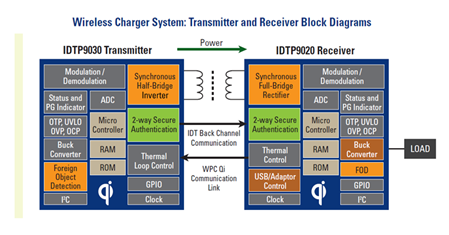 As for when we can expect to see an Intel-branded wireless charging system, IDT is working to provide samples in the first half of 2013, suggesting product integration should happen in time for the major holiday season at the end of next year.

IDT’s Gary Huang has also suggested that eventually wireless charging will expand to power everything on your desktop. So your wireless keyboard, mouse, backup storage device, smartphone, and PC/laptop will all be completely wireless, with each including the necessary components and battery to be charged.

The chipmaker is entering a market where there is already a proposed standard called Qi. Qi has received a wide array of support, including Energizer, Texas Instruments, Verizon, and phone manufacturers including Nokia, Research In Motion, LG, and HTC.

Currently, 88 products are listed by the Wireless Power Consortium as being Qi-compatible, including phones from NTT DoCoMo and HTC.

Intel is not a part of that group, and its wireless charging effort is based ona platform created by IDT is apparently not Qi-compatible. Since Qi is already getting widespread support and Intel’s chips have made it in to very few mobile devices so far, Intel has some work ahead if it is to be a success.

A completely wire-free desk at home sounds great to me, and if this IDT/Intel venture is successful it could be a reality within a year or two.