Here are the Ten Commandments of Excellent Design:
How to Write Ten-Commandment Code


Conforming to the Ten Commandments is not difﬁcult. In this section you’ll see how to write VHDL (your author doesn’t do Verilog, but the translation is easy) that complies with the rules. Robust design and ﬁrst-silicon success are the goals!

The philosophy behind Ten-Commandment code is that synthesizers are not to be trusted too much. Most of the code you will see is close to the structural level; some more overtly than others. Most of the code is self-explanatory. It is assumed that the reader is familiar with VHDL. Signal names are also obvious to anyone “skilled in the art.”

How to Create a Flip-Flop
One of the basic primitives that we need to create robust synchronous designs is the D-type ﬂip-ﬂop. Look at the code in Code Sample 1: A D-type Flip Flop

This ﬂip-ﬂop has the following properties:

This latch has the following properties:
How to Create a Metastable- Hardened Flip-Flop

The use of a metastable-hardened ﬂip ﬂop is nothing more than the direct instantiation of a suitable library element in this case, a “dfntns” ﬂip-ﬂop. This is pure structural VHDL. The component declaration is shown in Code Sample 3:  A Metastable-Hardened Flip-Flop, Component Declaration

To use the ﬂip-ﬂop in your circuit, instantiate it as shown in Code Sample 4: A Metastable-Hardened Flip-Flop, Instantiation

This ﬂip-ﬂop has the following properties:
The Care and Feeding of Toggle Signals

Receiving a Toggle Signal
The Ten Commandments paper suggested that a method for exchanging single- point information across clock domains is by the use of toggle signals. Here, it is assumed that the toggle event should generate an active-high pulse to pass to a state machine. Every toggle—rising edge and falling edge—must create the pulse. In addition, the pulse must be synchronized correctly to the receiver’s clock. The code to accomplish this is shown in Code Sample 5: Receiving a Toggle Signal

When synthesizing this code, remember to use the “ﬁx hold” option so a fast path doesn't occur between the two ﬂip-ﬂops in this circuit.

The sufﬁx “_T” is used to denote a toggle signal.

-- VHDL Code to Create a Toggle Signal
Handshake_T <= not (Handshake_T) after 1 ns;

An example implementation of the Flintstones State Machine is shown in Code Sample 7 below:


Notes on the State machine Implementation
For the most part, the Flintstones State Machine’s operation should be clear. A few points are worth noting, however:
The code examples in this tutorial should be considered as examples only. There are many ways to code excellent VHDL; this code is a place to start. If you have a neat snippet of VHDL to add to the list, then please post your valuable comments below. 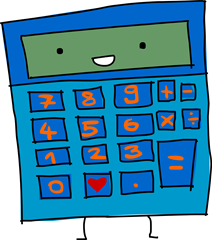