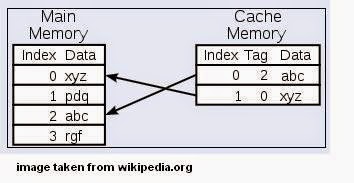 In previous post we learn in detail about SystemVerilog Dynamic arrays which is useful for dealing with contiguous collections of variables whose number changes dynamically. Now consider if the size of array is unknown then how much size will you allocate to array?

Another main difference between Associative array and normal arrays is in that in assoc arrays the arrays index can be any scalar value.

Now as you know that we can use any data type as index of associative arrays, below are the things to keep in mind while using different index datatypes.

1. Integer or int index : While using integer in associative arrays, following rules need to be kept in mind.

2. String index : While using string in associative arrays, following rules need to be kept in mind.

3. Class index : While using class in associative arrays, following rules need to be kept in mind.