Have you ever imagine how the work or what's going on inside? Think about a bigger version of a microprocessor where you can walk inside and look how it is working in real.

You may have heard that your smartphone contains more computing power than all the computers used on the Apollo mission combined. But imagine taking the computing power of a Super Nintendo, and packing it into a computer the size of--a living room?

The "mega-processor" is essentially a blown up version of a tiny chip that allows you to see how all the elements of a computer chip join together and how it actually works.

A Cambridge resident has finished building a 10-metre wide and 2-metre high computer in his living room, which he uses to play the video game Tetris.

James Newman took four years and £40,000 to build the processor which works exactly like a small microprocessor chip in a regular desktop computer or laptop that's about the size of a sim card.

This room-sized megaprocessor has 40,000 transistors, 10,000 LED lights, weighs around half a tonne (500kg) and burns 500W of electricity, according to Newman, who explains the entire contraption in a video.

James Newman said his Mega Processor relies almost entirely on the hand-soldered components, and will ultimately demonstrate how data travels through and is processed in a simple CPU core. He's just finished putting together the general purpose registers, and in May completed the arithmetic and logic unit.

Each transistor acts like a digital switch, and can be chained together to form huge decision-making circuits that execute software, instruction by instruction.

Newman, whose background is in software development and FPGA programming, told The Register he has spent about £40k on the project to date. He started planning the processor in 2012, and began building the beast a year later.
at July 18, 2016 No comments: 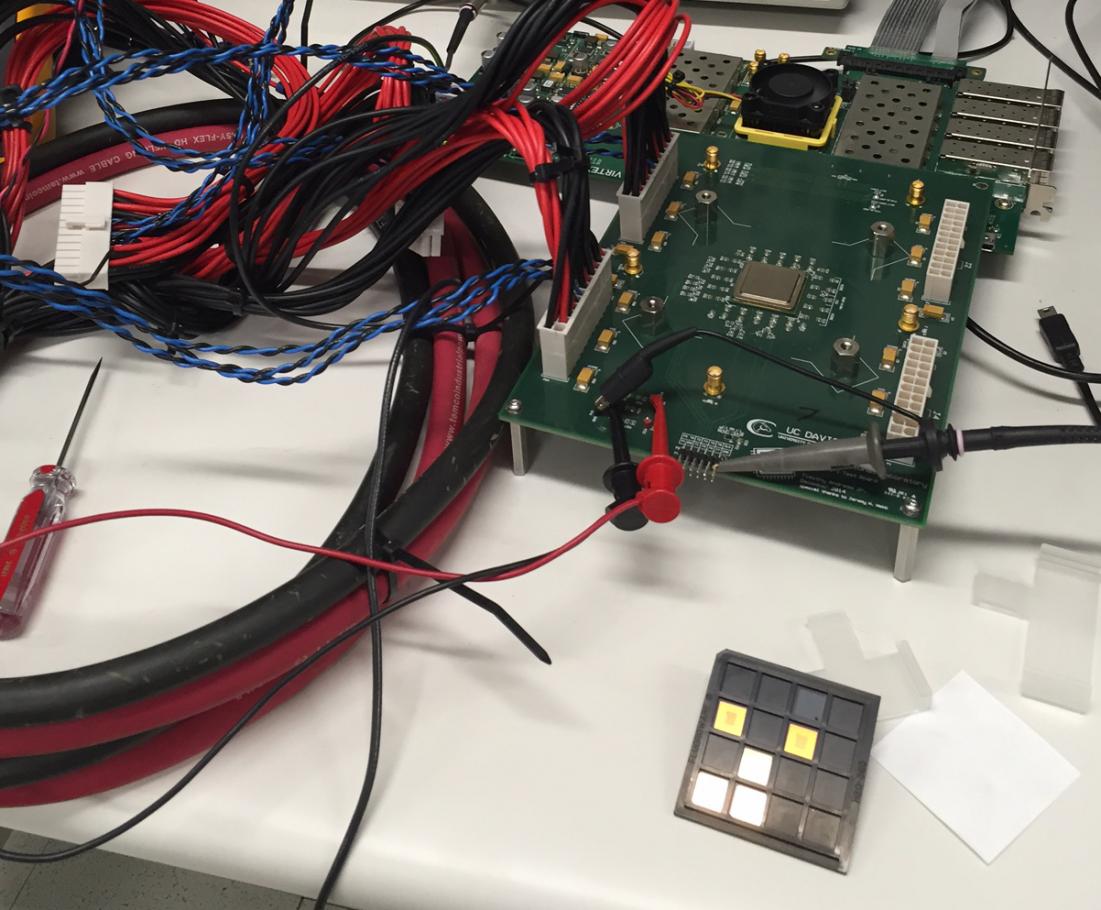 The energy savings here largely has to do with the abandoning of the traditional system memory architecture, in which data for multiple cores is stored in a central RAM unit. Rather than sharing data in this way, the KiloCore chip uses a built-in networking scheme in which data is transferred directly between the different processors using packet- and circuit-switched networking.
at July 04, 2016 No comments: