Advantages of Python over Perl 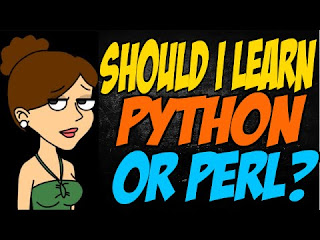 In the new competitive generation of chip designing where Time-to-Market is so critical and also the complexity of designs is increasing exponentially.  Adding to that it is also observed that the Verification is always considered the longest pole and takes nearly 70% of the chip design life cycle. Hence any opportunity to automate a  task that is repeatable more than once is considered of most importance to improve the verification productivity. This is where  “scripting” skills are highly valuable for any  Verification engineer.

After many years of writing design and verification automation scripts in Perl and Python, we would like to throw some light on the advantages of using Python.

As we all know, Perl is easy to write but hard to read, especially when someone else has written it. There are multiple ways of writing the same code. Add to this fact that many engineers take pride in writing highly obfuscated Perl that is a pain for others to read.

Maintainability is a critical aspect of any engineering project. Throwing away code and rewriting it is a productivity loss. Unfortunately, this happens a lot with Perl.

Python, on the other hand, has a clean syntax and typically there is only one way of doing what you want. Python code is hence much more readable. Even people who have never written Python code ever can understand it, as the syntax is very “pseudo-code” like. It is also easier to functionalize and modularize code in Python as the language naturally encourages this.

Perl is designed for use and throw. You write something in Perl, run it and then forget about it. It is very difficult to extend the functionality of a Perl script. Typically you would not have organized your code into functions, as Perl syntax does not encourage that. When you try adding some functionality to your Perl script you realize that re-writing it completely is better than re-using the earlier script and extending it.

Python syntax encourages re-usability. The mindset is different. When you write code in Python, you write with future re-usability in mind. This is really tough to do in Perl. Perl encourages shortcuts.

Writing large pieces of code (more than 50k lines) in Perl exposes the weaknesses in the language. Maintainability, performance, and packaging are big issues. Can I package my application in a way that doesn’t require users to download and install modules used by the application?

Perl encourages users to download and install modules as needed. IT departments are not comfortable with upgrading Perl installations on thousands of server farm nodes. It would be an IT nightmare.

Python distributions, on the other hand, come with a majority of the module libraries included. Also, Python allows the packaging of applications so users do not have to manually download and install all module and library dependencies needed to run an application.

Perl is great at some things. For example, it has fantastic regular expression capabilities (it can even combine multiple regexp’s and match all of them together!). Perl is a worthy successor to awk.

Bottom line:  For use and throw scripts, Perl is great. But, if your code needs to be checked into a version control system and will potentially be modified by other people, I would prefer Python over Perl.
at November 21, 2016 No comments:

As there is not yet a standard for transaction recording in Verilog or VHDL, ModelSim includes a set of system tasks to perform transaction recording into a WLF file. Transaction modeling allows users to raise the level of description, analysis and debugging of their designs to the transaction level. A transaction represents a transfer of high-level data or control information between the test bench and the design under test (DUT) over an interface or any sequence of signal transitions recorded in the simulation database as a transaction.

1. $create_transaction_stream() is used to define a transaction stream. You can use this system task to create one or more stream objects.

4. $free_transaction has a single argument – the handle of the transaction to be deleted. Once a transaction is deleted the handle becomes invalid. It cannot be used in any other recording interfaces.

6. $add_relation has three arguments – the first two are the two transaction handles which are related. The third argument is the string name of the relation.