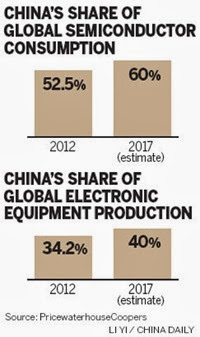 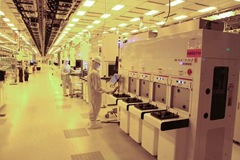 Semiconductors continue to advance, as a slew of announcements by Intel and Apple’s new A7 processor showed this week. But don’t forget about Cisco Systems.

The biggest provider of routing and switching systems has long retained the capability to design specialized processors for its hardware, as well as turn to off-the-shelf chips from commercial suppliers where that makes the most sense. Now Cisco designers have come up with another singular piece of home-grown silicon.

It’s a new product line called the nPower, and Cisco says the chips can pump as much as 400 gigabits of data per second. By contrast, the company’s prior technology could handle 140 gigabits and required more than one chip, Cisco says. The new capacity translates into hundreds of millions of transactions per second.

To what end? Of course, computer and smartphone users will continue to watch more YouTube videos and the like. But Surya Panditi, Cisco’s senior vice president and general manager of engineering, says a key driver for the technology is a coming change in the nature of network traffic. 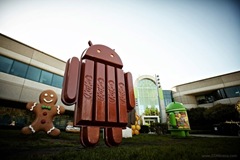 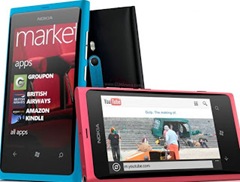 Nokia, once a world leader in the mobile phone market, has had a tough few years and attempts by the company to join in on the smartphone explosion did not go well.

Nokia has seem somewhat of a resurgence lately with a series of high quality smartphones on the Windows Phone platform. Many of the phones such as the Lumia 928, 928 and 1020 with it's 41 megapixel are excellent devices and offer a real choice for anyone wanting to escape the ecosystems of Apple and Android. In fact the majority of users who actually try their Windows Phones quickly find that they enjoy the very different experience they have had with their previous smartphones. The problem for Nokia and Microsoft was getting users to even think about separating from their iPhone or Android device.

According to the companies' press releases, 32,000 people will transfer across Microsoft, including 4,700 people in Finland and 18,300 employees directly involved in product manufacture. If you thought it was only the Windows Phone component of the phone business, you'd be wrong: Microsoft will also take into ownership Nokia's Asha range of feature phones. Patent-wise, Microsoft gets 10-year non-exclusive license to its Finnish partner's library of ideas and "reciprocal rights" to use Microsoft patents within its HERE mapping services. While Microsoft will be able to use the Nokia branding on its products, the Finnish company will now focus on its mapping, infrastructure and advanced tech arms.

In 2011, after writing a memo that said Nokia lacked the in-house technology and needed to jump off a "burning platform", Elop made the controversial decision to use Microsoft's Windows Phone for smartphones, rather than Nokia's own software or Google's (GOOG.O) ubiquitous Android operating system.

The deal will see Microsoft taking full control over Nokia's Smart Devices and Mobile Phones business units, which produce the Lumia family of smartphones and low-cost featurephones respectively. Nokia, meanwhile, retains its telecommunications hardware business Nokia Siemens Networks, Here location-based services arm, and its patent portfolio under the Advanced Technologies division. These patents are to be licensed to Microsoft for at least a ten-year period, the agreement states.

The acquisition will truly allow  Microsoft to enter the market in direct competition with its Windows Phone licensees. It's a move that was first telegraphed by the launch of the Surface family, which put the company in direct competition with third part manufacturer's in the Windows 8 and Windows RT tablet markets.
Nokia first started producing phones back in 1996 and for many years they were one of main innovators of smartphones. Of course the release of the iPhone in 2007 and the emergence of Android devices began to strangle Nokia. During the past couple of years Microsoft has provided a kind of life boat to Nokia with their Windows Phones and now it looks like Microsoft has taken over the reins entirely.
Time will tell for both Nokia and Microsoft, but at this very early point I believe it is a good move for both companies and consumers.

VLSI Project And Training At Ahmedabad

Chip design in India has been identified as a prominent industry to support the already achieved development in IT field. With growing design houses day by day, a large pool of highly skilled individuals is needed to meet this demand. But, a potential gap was evident in the expectations of the industry and the output from academic institutions.

Realizing this need for trained manpower, we had launched a Certificate in Digital VLSI Design with emphasis on Digital CMOS circuit design, VLSI design flows, verification and testing including a minor and a major project. This course will be effective in providing potential engineers with exposure to both front-end and back-end processes in VLSI Design.

For more detail please write to