The first step in verifying a RTL design is defining what kind of data should be sent to the DUT. While the driver deals with signal activities at the bit level, it doesn’t make sense to keep this level of abstraction as we move away from the DUT, so the concept of transaction was created.

A transaction is a class object, usually extended from uvm_transaction or uvm_sequence_item classes, which includes the information needed to model the communication between two or more components.

Transactions are the smallest data transfers that can be executed in a verification model. They can include variables, constraints and even methods for operating on themselves. Due to their high abstraction level, they aren’t aware of the communication protocol between the components, so they can be reused and extended for different kind of tests if correctly programmed.

An example of a transaction could be an object that would model the communication bus of a master-slave topology. It could include two variables: the address of the device and the data to be transmitted to that device. The transaction would randomize these two variables and the verification environment would make sure that the variables would assume all possible and valid values to cover all combinations.

After a basic transaction has been specified, the verification environment will need to generate a collection of them and get them ready to be sent to the driver. This is a job for the sequence. Sequences are an ordered collection of transactions, they shape transactions to our needs and generate as many as we want. This means if we want to test just a specific set of addresses in a master-slave communication topology, we could restrict the randomization to that set of values instead of wasting simulation time in invalid values.

Sequences are extended from uvm_sequence and their main job is generating multiple transactions. After generating those transactions, there is another class that takes them to the driver: the sequencer. The code for the sequencer is usually very simple and in simple environments, the default class from UVM is enough to cover most of the cases.

A representation of this operation is shown in Figure 4.1.

Figure 4.1 - Relation between a sequence, a sequencer and a driver

To test our DUT we are going to define a simple transaction, extended fromuvm_sequence_item. It will include the following variables:

The variables ina and inb are going to be random values to be driven to the inputs of the DUT and the variable out is going to store the result. The code for the transaction is represented in Code 4.1.

These few lines of code define the information that is going to be exchanged between the DUT and the testbench.

To demonstrate the reuse capabilities of UVM, let’s imagine a situation where we would want to test a similar adder with a third input, a port named inc.

Instead of rewriting a different transaction to include a variable for this port, it would be easier just to extend the previous class to support the new input.

It’s possible to see an example in Code 5.2.

Now that we have a transaction, the next step is to create a sequence.

The code for the sequencer can be found in Code 5.3

The code for the sequencer is very simple, this line will tell UVM to create a basic sequencer with the default API because we don’t need to add anything else.

So, right now our environment has the following structure: 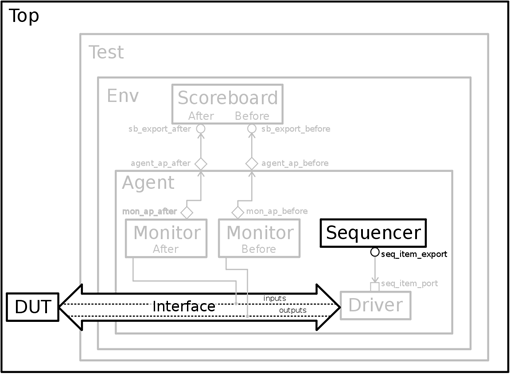 Figure 4.2 – State of the verification environment after the sequencer

For more information about transactions and sequences, you can consult: