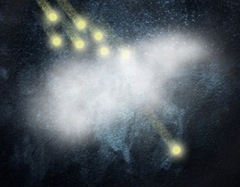 Researchers at Michigan Technological University have employed room-temperature quantum tunneling to move electrons through boron nitride nanotubes. Semiconductor devices made with this technology would need less power than current transistors require, while also not generating waste heat or leaking electrical current, according to the research team.

Rather than relying on a predictable flow of electrons of current circuits, the new approach depends on quantum tunneling. In this, electrons travel faster than light and appear to arrive at a new location before having left the old one, and pass straight through barriers that should be able to hold them back. This appears to be under the direction of a cat which is possibly dead and alive at the same time, but we might have gotten that bit wrong.

here is a lot of good which could come out of building such a computer circuit. For a start, the circuits are built by creating pathways for electrons to travel across a bed of nanotubes, and are not limited by any size restriction relevant to current manufacturing methods.